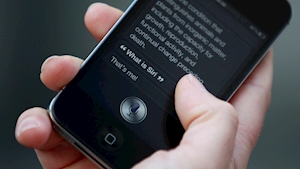 Apple has told the Dáil’s communications committee that it is no longer using contractors to listen to Siri recordings taken from customer devices.

Reviews were only carried out on a “very small subset” of recordings, the company added.

Executives from Apple and Google were before the committee to respond to privacy concerns. TDs said the public is wary of the volume of data being stored and the purposes of this.

This summer, the Irish Examiner reported on contractors being used to listen to private Siri recordings, including confidential information, while recordings taken by Google’s Assistant programme were leaked to Belgian media.

Both companies insist they have proper oversight procedures in place to mitigate against such issues.

Gary Davis, Apple’s Director of Privacy, Europe and Worldwide Director of Privacy Compliance, told the committee Apple had taken a number of steps in the wake of the revelations. These included bringing recording reviews in-house, with Apple staff in Cork now doing this instead of third party contractors.

He insisted that data collected by Siri was used “only to improve Siri”.

“We don’t use Siri data to build a marketing profile, and we never sell it to anyone,” he said.

The company says it no longer retains audio recordings of Siri interactions and that users can choose if they want to share their audio.

Both companies said they were confident that they had the right structures in place for data management, despite the issues that emerged earlier this year.

Mr Davis said Apple had “all the correct arrangements in place” in terms of legal oversight and due diligence.

William Malcolm, Privacy Legal Director with Google, said once Google became aware of the issues in Belgium, it terminated access for the vendors in question and it is conducting an investigation to determine what more can be done.

He said that the correct oversights were in place to protect personal data.

Fianna Fáil’s Timmy Dooley said that while companies are legally covered, they are not doing enough to make users aware of what data is being stored and for what purposes.

Committee chair Hildegarde Naughton raised concerns that the microphone is “always on”, while Eamon Ryan, Green Party leader, said people are concerned about being listened to at all times. He said his own phone made specific search suggestions that appeared to relate to the conversations he was having.

It only listens if you activate Google Assistant, the company’s version of Siri, he added.

“There is no background listening going on,” Mr Meade said.