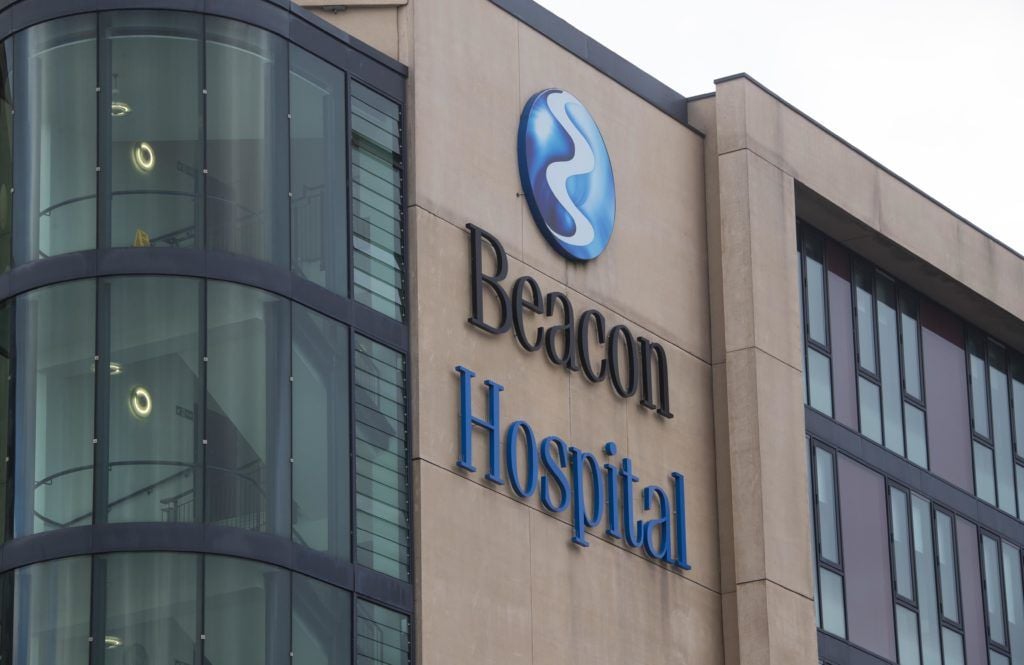 The Denis O’Brien owned Beacon Hospital is to lodge plans for a 70 care bed extension at Sandyford in south Dublin in the coming days.

The planning application, to be lodged with Dun Laoghaire Rathdown County Council, involves the substantive demolition of the eight-storey Beacon Hotel which the Beacon Hospital only purchased late last year from US billionaire, John Malone’s MHL Collection luxury hotel group.

The Beacon Hospital’s overall investment in the redevelopment scheme, including the purchase of the hotel, is expected to amount to around €75 million.

The expanded hospital is expected to generate 400 new permanent jobs when the extension is operational.

The €75 million investment follows an investment of around €78 million on the hospital over the last six years.

The planning notice for the Beacon Hospital published on Friday – confirms that the 70 care bed extension will provide 5,746 sq metres in space and the development will also includes four apartments for the Beacon One apartments.

The notice by Beacon Hospital Sandyford Ltd states that the demolition of the Beacon Hotel is required in order to facilitate the development.

The redevelopment is the largest single investment in the hospital since Mr O’Brien took ownership of the business in 2014.

A spokeswoman for the Beacon said on Friday: “Beacon Hospital purchased the adjoining Beacon Hotel to facilitate plans to expand the delivery of acute services including its emergency department and cancer services.”

She stated that the hospital has no further details on the planning application at this stage.

The 70 care bed extension will bring to 269 care beds at the Beacon.

Opened in 2006, the Beacon has grown its employee numbers from 140 to 1,400 consultants, nurses and health care professionals.

The lodging of the plan follows a number of years of strong performance at the Beacon.

The Beacon earlier this year was at the centre of controversy over a decision by its ceo, Michael Cullen to provide Covid-19 vaccines to a school in Co Wicklow.

A report commissioned by the board of the Beacon found that the decision by Mr Cullen to offer the 20 vaccines at St Gerard’s in Bray was incorrect but made in good faith.