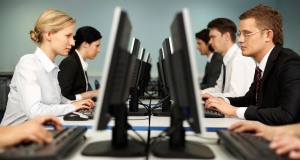 Speaking at a Central Bank amendment bill conference organised by the KOBN reputation and risk advisory group and business firm IBEC, Mr Donohoe said there is a growing need to tackle white collar crime and financial issues in Ireland.

And, while accepting there is still “some considerable distance” to go before this will be achieved, he said new laws being introduced will move toward addressing the problem.

“Given the importance of the financial system and the potential risks that it poses to the wider economy and society, it is vital that those working in it are doing the right thing for their customers and wider society when they are, on the rare occasions, not being watched by the Central Bank.

The Finance Minister added that while any actions as part of the bill are likely to be “civil” rather than criminal in nature, they will pose a vital deterrent to any wrongdoing in the financial sector.

“They will be civil in nature, around fines or the inability of individuals to work in those roles in the future if they are found to be in breach of the rules,” Mr Donohoe said.

Meanwhile, Mr Donohoe also highlighted the ongoing difficulties surrounding the tracker mortgages scandal and said it will take “considerable time” to address the impact on 40,000 households and the reputational damage to the banking industry.

Mr Donohoe admitted there is “still some considerable distance to go” in terms of reforming the banking sector culture, but stressed actions are being taken to address the issue.

Former Fine Gael TD and MEP Brian Hayes, who is now chief executive of the Banking and Payments Federation of Ireland, said the umbrella group recognises public trust in the banking sector has been badly damaged by repeated scandals over the past decade.

However, he claimed “a culture of blame” should not be created as part of any new legislation, and that “we shouldn’t lose sight of proportionality” when the new law is introduced.