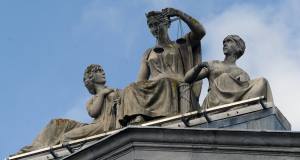 A judge and jury will hear the case against a 60-year-old man accused of indecently assaulting a boy at a scout camp and a scout hall in Cork just over 40 years ago.

The accused appeared before Cork District Court today where Sergeant Gearóid Davis confirmed that a book of evidence had been served.

Detective Garda Malcolm Walsh charged the accused with an additional count and then served the book of evidence which contained three charges.

When the third count was put to the accused and he was cautioned, the reply that was noted from him was, “No comment.”

The three alleged indecent assaults occurred at a scout camp and a scout hall on dates between July 1, 1979 and August 31, 1979.

Eddie Burke, solicitor, asked for free legal aid to be extended to a barrister for the case which was sent forward to the sessions of Cork Circuit Criminal Court.