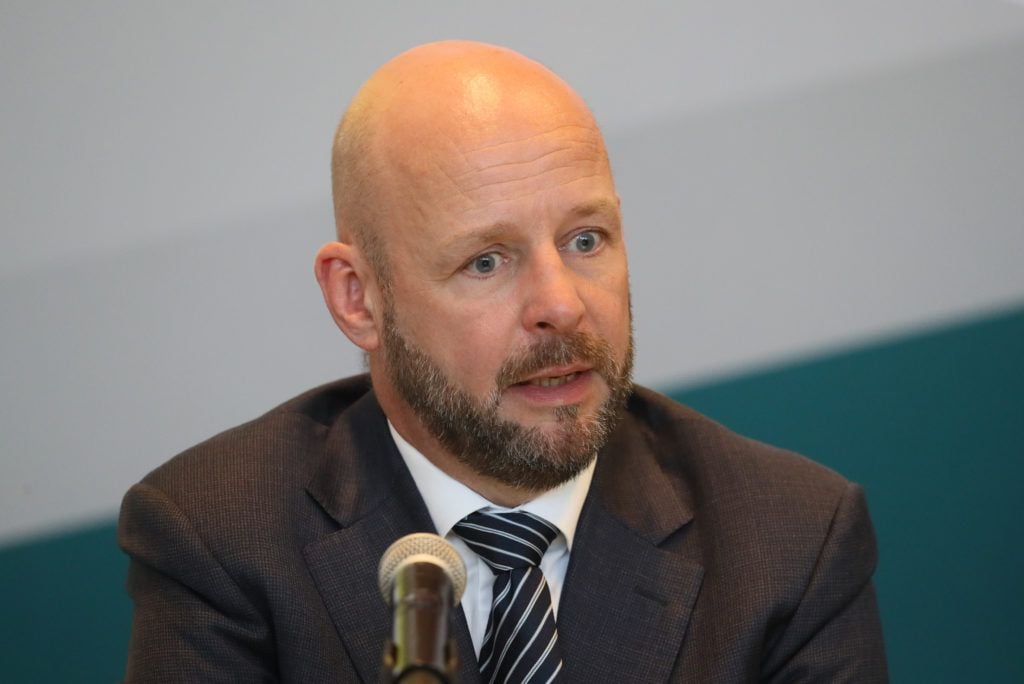 Cases of Covid-19 could fall to between 200 and 400 per day by the end of February if current efforts are maintained, public health chiefs have said.

Hospital numbers could reduce to between 600 and 800 people in hospital in the same time period, and between 60 to 80 people in intensive care units.

While those figures remain too high, it would represent huge progress on the situation in January, a briefing of the National Public Health Emergency Team (Nphet) heard.

Dr Philip Nolan, chair of the Irish Epidemiological Modelling Advisory Group, said the decline in the incidence rate is “more rapid that I might have expected”.

“Incidence is falling and by working collectively to reduce contacts, we have achieved suppression of transmission with the R number estimated at 0.4-0.7. We are maintaining an extraordinary effort but still we have a long way to go.”@President_MU #COVID19

He added: “That’s because of the sustained effort everybody is making to reduce their contacts.”

Ireland’s R-number – the rate at which the coronavirus spreads – has dropped to between 0.4 and 0.7.

The R number represents the number of people that one infected person will pass on a virus to, on average.

The seven-day average as of Wednesday this week was 1,700 cases per day compared to the peak in early January of 6,005 cases per day.

Prof Nolan praised the public’s efforts to stick to health measures, which he said had also slowed the spread of the more-transmissible UK variant.

He added: “The population has worked incredibly hard to reduce transmission of the virus.

“Not only have they succeeded in reducing transmission, they’ve also slowed the progress of the B117 or UK variant.

“Because there are so few opportunities to transmit, that variant is finding it more difficult to become dominant.

“It will become dominant, but it’s doing so more slowly than it otherwise might have.”

Prof Nolan said that during previous lockdowns, early in the restrictions people adhered strictly to the public health measures, but this reduced over time.

He added: “We’re not seeing this. This is the reason why case numbers continue to decline so rapidly and why the reproduction number is so low, because people are sticking with the measures.

“All of the indications that we can see are confirming that all of us, collectively, are making an enormous effort to keep our mobility low, our contacts low and the risk of infection low.

“That translates into a maintained, rapid decline in the new cases per day, at a rate of minus seven to minus nine per cent per day.”

He said the trend could have a very positive effect on the number of people in hospitals, which could reduce to between 600 and 800 per day by the end of February.

“That’s a very high number, there’s still a long way to go after that, but nonetheless, it will be huge progress over where we are.

He added: “If we keep this level of compliance up as a population, we can continue to express optimism about the likely protection that will offer us in terms of public health, which is our primary objective.

“Then to be able to move on to objectives that society will have, to see the provision of the essential public services that we see as most important.”

Dr Nolan said it should be our “societal goal” to keep the R number as close as possible to 0.5, which would give us “strategic options”.

Thursday saw 47 further deaths linked to Covid-19 over the previous 24 hours, the Department of Health said.

There were 1,466 additional confirmed cases and the number of people in intensive care units is down one, to 216.

To date in the month of January, there have been 878 deaths associated with Covid-19.