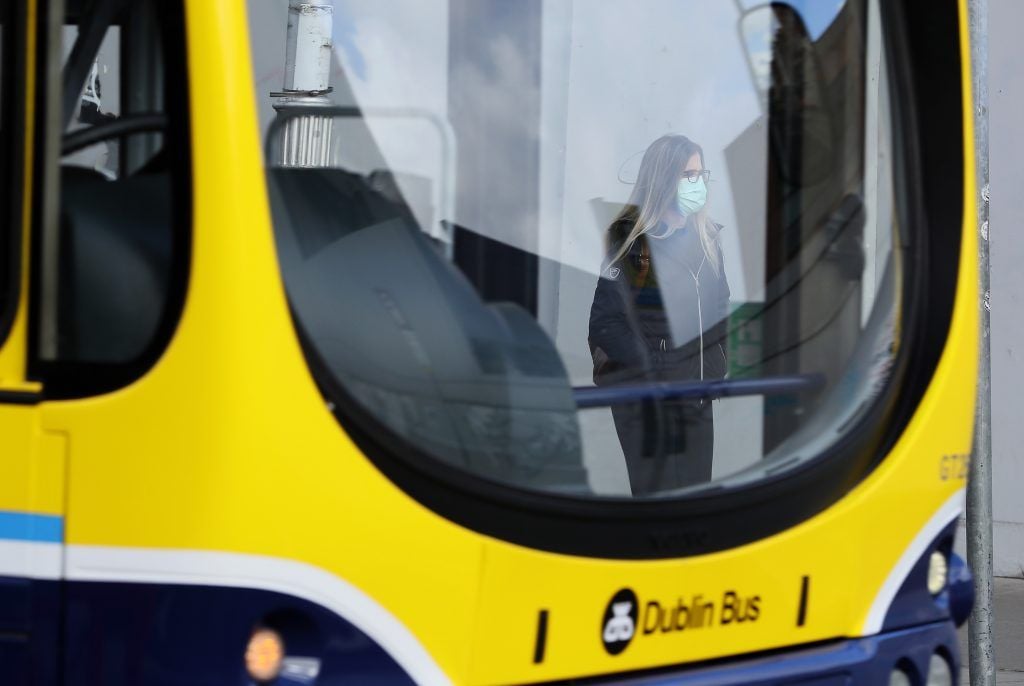 Bus drivers gathered outside the Department of Transport on Friday to show their opposition to changes to work practices proposed by Dublin Bus.

More than 20 Dublin Bus drivers assembled outside the department, where they were joined by Solidarity-People Before Profit TD Richard Boyd Barrett.

Together, they handed in a letter addressed to the Minister for Transport, Eamon Ryan.

Earlier this month, more than 90 per cent of Dublin Bus drivers rejected a proposal that would have introduced pay rises alongside a shift in working arrangements.

On Friday, the drivers said nobody was listening to their concerns.

Under the proposed changes, drivers warned they may be moved from their present routes and instead may be forced to drive multiple different routes, with a more unpredictable schedule.

They also said the changes may see them work longer hours.

Ken Corbett, a Dublin Bus driver and organiser of the demonstration, said: “We didn’t go to look for extra money. The company put that in because they wanted to push these procedures. And we’re not accepting that, we’re not going to work longer hours, and if you are working longer hours, where’s the pay increase.”

“We are not an action group. We’re not here to cause trouble. We’re just here to voice our concerns. Not only concerned for ourselves, but the passengers,” he said.

Drivers on Friday said the changes proposed by Dublin Bus were a route towards privatisation and would create poorer working conditions for drivers.

They said their opposition was not necessarily against the Bus Connects programme, a major and ongoing re-design of the Dublin Bus network across the capital.

One driver who attended the demonstration, Patrick Lawlor, said the changes would amount to a loss of seniority for workers.

“Most of us here are senior drivers,” he said. “We pick these routes because they suited us and our family life.

“I’ve done 30 years service and I’m going back to a junior status, which I think is totally wrong and most of the guys do too.”

“Your whole life-work balance has gone out the window and that’s what we’re all complaining about and it’s just not on and no-one seems to be listening.”

Mr Boyd Barrett told PA news agency: “The bus workers have voted by more than 90 per cent to reject the so-called transformational agreement because it is going to very badly impact on their working conditions, on their family-work balance and they were never properly consulted about these proposals.

“So everybody wants to see more investment in an improved public transport system, but it cannot be at the expense of the conditions, the work-life balance, of Dublin Bus workers who’ve done so much for us during the Covid pandemic.”

Dublin Bus and the Department for Transport have been contacted for comment.