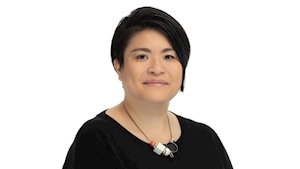 The Lord Mayor of Dublin has called for more resources to be made available for community gardaí and local groups to tackle racism.

It comes as a woman was pushed by a group of young people into the Royal Canal near Ashtown in Dublin on Friday evening, after she says she asked them not to be racially discriminatory.

Gardaí are treating the incident as racially motivated and have appealed for witnesses to contact them.

Lord Mayor of Dublin Hazel Chu says she was subjected to abuse when she tweeted about Friday’s incident and more education is needed for young people: “We need to educate them from an earlier age.

My heart goes out to the assaulted woman Shirley Xuedan Xiong. Make no mistake this was an assault.

I’ll be contacting Garda Commissioner this week on the Community Garda Program. This is far from the first assault case on the canal stretches. Let’s work to making it the last. https://t.co/XWehNaN40S

“We need to work from within the community as well because a lot of this comes within the various kind of community groups, and you have loads of youth groups and youth diversion groups that work really well across the board, but we need more.

“We need more garda community programmes because of this as well, because we need the enforcement as well as prevention and education.”

A video of the incident was posted on video sharing platform TikTok, with the original post and associated account now deleted.

Executive Director of The Irish Penal Reform Trust Fíona Ní Chinnéide says those involved need to be held accountable but that education is key: “Hate crime is abhorrent and hate crime legislation is important, however, simply punishing people will not end prejudices.

“We need to see programmes that tackle offending behaviour and that don’t cause further harm.”

She says it is better for young people who commit certain offences to be dealt with through diversion programmes rather than the courts: “Diversion works, it reduces reoffending, it has more than two thirds success rates in no further offending which is a stark contrast to the reoffending rates for people who are dealt with in the prison system.”

It comes as the victim of the assault, Xuedan (Shelly) Xiong, has said she believes some of her attackers were as young as 12 and has pleaded with people to treat each other with respect: “Racism divides people and they may sow the seeds of hatred among people.”

“In a country like Ireland where the population… is becoming more and more diverse, the human races, different races, they’re like different flowers in the garden.

“The variety and the diversity enhances the beauty of a garden, so we should learn to live with each other and treat each other equally.”