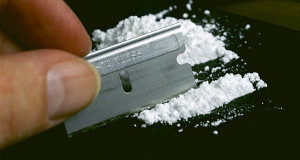 Europe is seeing signs of an increase in synthetic drug production, including new synthetic opioids and ecstasy, according to the latest European drug report 2020.

The report notes that, while Covid-19 has only marginally disrupted drug supplies, innovative distribution models developed during lockdown may cause problems in the future.

The analysis of data supplied by monitoring centres in the 27 EU member states and Norway and Turkey show:

Speaking about the report, the Minister of State for the National Drugs Strategy, Frank Feighan said:

‘The latest European drug report highlights the serious challenges created by illicit drugs and the overall strength of substances including high potency cannabis.

“As Minister with responsibility for the National Drug Strategy I am committed to strengthening early harm reduction responses to current and emerging trends and patterns of drug use in Ireland.”

Mr Feighan added ‘I also note that the report reviews the impact of the pandemic on drug use and the most vulnerable in society, which is an issue we have become very familiar with.

“I say this as part of Ireland’s response to COVID 19 specific resource documents were developed to ensure that all people in receipt of opioid substitute treatment could continue safely with their treatment during the pandemic..”