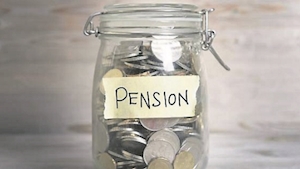 Fianna Fáil’s spokesperson on Social Protection, Willie O’Dea has said that if elected to power the party would institute a review of the pension age as it has to be sustainable.

People who want to work beyond the age of 65 should be able to do so, he told RTÉ Radio’s Morning Ireland, and there should no longer be a requirement for people to sign on after the age of 65, before the pension commences.

However, the Minister for Social Protection Regina Doherty pointed out that in 2007 Fianna Fáil had carried out a review of the fund that pays pensions.

There are now more pensioners than workers, she said. “There is a pension time bomb.”

There is a plan in place for the retirement age to rise to 67 within a year and then to the age of 68 “because we need to ensure sustainability.”

Ms Doherty said she plans to introduce a transition payment so that people aged 65 who are forced to retire would not be required to sign on until the pension kicks in.

“I agree that it’s not fair to have to go on the dole.”

The Minister said she thought the Fianna Fáil proposal that people should not have to retire at 65 could be unconstitutional because they might have signed a contract accepting the retirement age of 65.

The government could not control the private sector, but it could control the public sector where people are allowed to work up to the age of 70 if they wish, she said.

Mr O’Dea said he was concerned about people who have to retire at the age of 65 because they did heavy work. People should be allowed to work beyond 65 if they want, but there should be no requirement to sign on before the pension commences.

“We will institute a review to look at the implications.”