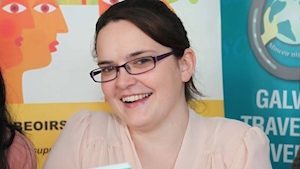 At one site in Gort Bridge, Loughrea, an ambulance was unable to enter to respond to a sick infant recently because of a locked barrier, the report says.

It said the family “had to run with infant from the back of the site”.

At Béal na Srutha, Traveller families report being forced to hang sheets over windows to keep draughts out, while at Carrowbrowne, a transient halting site, they say CCTV was installed without consultation.

There are reports elsewhere of electrical wires hanging from poles, overcrowding, inadequate insulation, rotting doors, bays without heating, sinking kitchens and toilets as a result of leaking gullies and water flowing under houses, and of black water leaking from radiators.

The findings of the site- by-site survey, the third monitoring report of the Galway Traveller Movement (GTM), represent “the Christmas reality for many Travellers”, GTM said.

GTM described “decades-long failure to provide culturally appropriate accommodation” as “cultural genocide”, “designed to wear people down and to force them to assimilate by accepting houses out of desperation”.

Bridget Kelly of GTM said Traveller families were being forced to live in these “disgraceful” conditions because the landlords — Galway City and County Councils — “continue to blatantly ignore the rights of our community”.

“This is not a question of lack of money, laws, or policy. It is a question of institutional racism in its rawest form,” she said.

She also called for the speedy establishment of an independent national agency to oversee the planning and development of Traveller accommodation, as recommended recently by the Traveller Accommodation Expert Group, convened by the minister of state for housing, Damien English.

The launch of the report takes place today, as Ireland reports to CERD, the UN Committee on the Elimination of Racial Discrimination.

GTM says conditions in Galway reflect the situation for many Travellers around the country. The survey examined 18 sites in Galway.