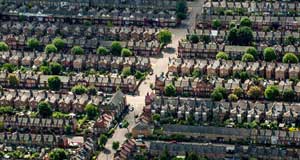 More than 18,000 people have been on social housing waiting lists for more than seven years.

The assessment, which is conducted by the Housing Agency and required under the Housing Act 2009, shows that the number of households on the waiting lists has decreased by 22,907 since September 2016.

However, the Summary of Social Housing Assessments 2019 also identifies lengthy waits for many of those on the waiting lists.

In addition, the government’s own assessment of its list identifies varying needs among those on the list.

The number of households with a specific requirement due to a household member being homeless rose by 17% since the previous assessment reaching 6,237 households. A growing number – almost 15,000 – identified as living with their parents.

About 53% of households qualified for social housing support are currently in the private rented sector.

Additionally, the Department of Housing has also published an updated report on social housing construction. The report includes data until the end of September 2019.

It states there were 6,499 social homes on-site nationwide. The delivery of these homes along with the additional 8,050 homes in the pipeline will substantially aid the continued reduction in the number of households on social housing waiting lists, the department claims.

The Rebuilding Ireland programme targets the delivery of 138,000 homes by the end of 2021.