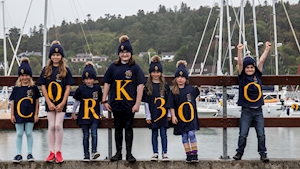 The oldest yacht club in the world has cancelled some of the events planned to mark its 300th anniversary.

All events scheduled in July for the Cork300 events series, which were to run across Cork Harbour to celebrate the Royal Cork Yacht Clubs Tricentenary, have been cancelled.

The club announced today that they took this difficult decision in conjunction with their partners to safeguard the health of sailors, visitors, volunteers and the community at large and to give certainty to those participants and visitors who had scheduled to come to Cork in July.

The celebrations scheduled to take place in July, which have now been cancelled, include Volvo Cork Week 2020 (in partnership with Johnson & Perrott), a classic yacht regatta, a cruise in company with the Irish Cruising Club and other leading cruising clubs from America and Europe along the Wild Atlantic Way, a Royal Cork Fleet review, and National and European yacht racing championships.

The Royal Cork is monitoring the ongoing Covid-19 situation closely, but as of now, are continuing to plan for all of the remaining events scheduled from 1st August to end of December 2020.

Founded in 1720, the Royal Cork Yacht Club is the oldest yacht club in the world. As such, their special anniversary events were attracting National and International sailing communities to Cork from as far as Australia, Hong Kong and San Francisco.

Commenting, Chair of Cork300 and Admiral of the Royal Cork Yacht Club, Colin Morehead said, “It is with considerable regret and sadness that we have to cancel Volvo Cork Week 2020 and all other events throughout July. We are living in very uncertain times and the health of our members, our visitors, our city and country is now the main priority.

“Over the last number of weeks, we have carefully monitored the developing global situation. We have taken continued guidance from Government officials, the Health Service Executive, Irish Sailing and other experts in the hope that we would be able to proceed with our exciting schedule of events for July. We are very conscious that this decision will impact many visitors who have already booked to travel and participate and hope that making our decision at this stage will enable them to change their plans accordingly.”

Mr Morehead paid tribute to all the sponsors and volunteers who worked tirelessly on organising the event.

“We are also very aware that this will be another blow to our local economy. However, in the three hundred years since the foundation of the Royal Cork Yacht Club we have faced many adversities and are confident that working together, we will see the club, county, country and global sailing community come through these difficult times. Indeed we look forward to welcoming as many sailors as possible back to Cork Week in July 2022,” he said.

He said, “We hope that some of the planned events later in the year will still take place and will work closely with the Cork300 team and the Royal Cork Yacht Club around these future plans.”

Richard Colwell, commodore of the Irish Cruiser Racing Association, said they are “investigating the possibility of moving the 2020 National Championships, to form part of an event which may still hopefully be held later in the year.”

An announcement will be made “in the coming week”, he said.