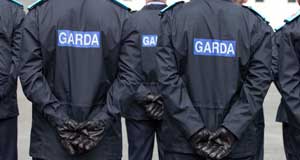 Gardaí have arrested two men in relation to the discharge of a firearm in Cork on Monday.

Shortly before 8pm on Monday Gardaí received a report of shots fired at a house in the Ard Bhaile area of Mayfield.

Two cars in the housing estate where damaged during the incident. There was no reports of any injuries.

Patrols of the area were carried out by the armed support unit (ASU), local units and the southern region dog unit but no arrests were made at the time of the incident.

The scene was preserved and a full forensic and technical examination was carried out by the local scenes of crime unit.

A preliminary investigation was carried out and two men, aged in their late teens and early 20s, were arrested during an operation involving Mayfield Detective Branch along with members of Cork City ASU, Gurranabraher Detective Branch and Uniform Personnel today.

Both men are currently detained at Mayfield Garda Station under Section 30 of the Offences against the State Act, 1939.

The investigation is ongoing.