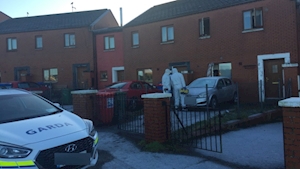 The two men arrested yesterday morning in connection with the sickening attack on Keith Greaney in Cork city earlier this month have been charged.

Both men were arrested yesterday morning by detective Gardaí from Mayfield Garda Station for the attack on Mr Greaney on the Dunard estate in Lotamore, Mayfield

The men in their 20s will appear before a Special Sitting of Cork District Court this morning.

The Echo revealed on Friday that gardaí had informally interviewed Mr Greaney in recent days after he came out of an induced coma at Cork University Hospital.

Mr Greaney, aged 23, was with his girlfriend, Nicole O’Leary, when three men broke into his home, dragged him from his bed, beat him with a car exhaust pipe and attacked him with a machete just before 4am on January 20.

The assailants then doused him in petrol, set him on fire and then smashed the windscreen of his car.

He has suffered life-changing injuries and had been in an induced coma following the attack on January 20.

Mr Greaney had initial discussions with investigators who are waiting for an official statement from him when his condition improves further.

Gardaí had previously spoken to three people in relation to the attack.