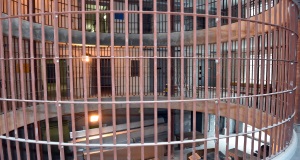 Almost four fifths of offenders under the age of 21 re-offended within three years according to data released by the Central Statistics Office (CSO).

Age proved to be a considerable factor in the likelihood of re-offending, with 79.6% of under 21s re-offending compared to 29.5% of those over the age of 50.

The data examined prisoners released between 2011 and 2017, examining the number of prisoners who committed further offences within one and three years of their release.

The statistics were determined using information from the Irish Prison Service and the garda PULSE system.